This year’s 32nd annual Sonoma County Pride Celebration spans three days of events and activities designed to appeal to a large diversity of tastes as well as to invite our neighbors from the entire bay area to join the weekend fun. Our festival will be returning to the fabulous downtown Santa Rosa on Courthouse Square.

Our theme this year is Year of Love – 2019. In 1967 thousands of young people from around the country descended on the bay area for the summer of love. Rejecting cultural pressure to conform, they were determined to MAKE change happen and create the world they wanted to live in. The world has never been the same.

Starting with our Pride Festival, join Sonoma County LGBTQI Pride as we reimagine that summer for a new generation through a season of events and activities that celebrate diversity and queer culture and inspired by that spirit of freedom and LOVE! For Parade Details Click Here 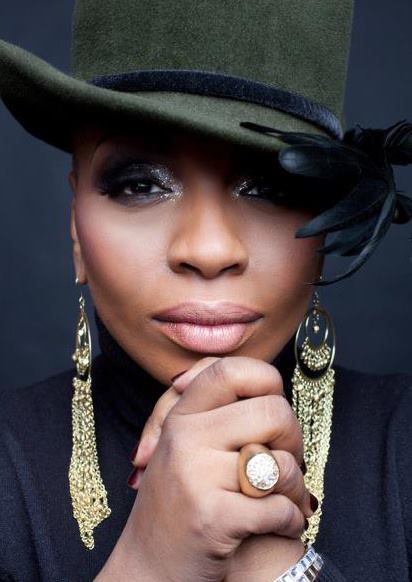 Janice Robinson is a 50-year-old American singer who was a member of Livin’ Joy before embarking on a solo career. Livin’ Joy were a Eurodance group with Italian brothers Paolo and Gianni Visnadi.

She was the lead singer of the dance outfit, before she left the group in 1999.

Janice co-wrote and sang the lead vocals on ‘Dreamer’, which was an international hit and reached number one in the UK in 1995. 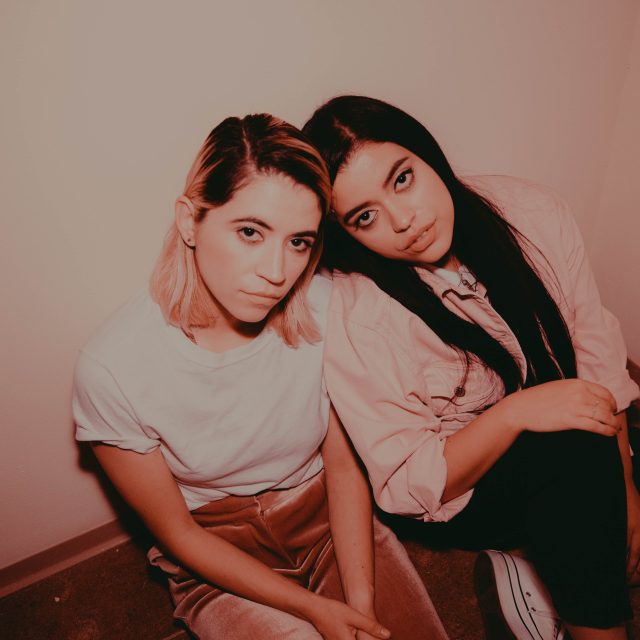 Milwaukee-by-way-of-Texas sister-duo REYNA (Victoriah and Hannah Gabriela Banuelos) First appearing in 2016 with their glorious debut single ‘Spill Your Colors’ and attracting over 20K streams in the first day, it was clear to see REYNA were onto something much bigger. No strangers to the music scene, the sisters previously found success with their former project, Vic & Gab, in 2011 when their track “So Long So Tired” found its way to music supervisors at MTV and was used on their hit US series ‘Skins’.

This was followed by their debut LP which received great praise from tastemakers such as SPIN and Paste Magazine and saw them open for artists such as BLEACHERS and Death Cab For Cutie as well as former President Obama at a rally. In 2014, after showcasing at SXSW, they caught the attention of Saiko Management (known for artists such as Lorde, Parson James, The Aces and Glades), who signed them a deal.

The sisters went on to collaborate with producer Drew Pearson (Kesha, Lights,), and travelled to both LA and NYC which in turn changed their approach to songwriting and gave them a new set of creative tools with which to work. After recording a number of songs, they decided to give their new sound a new name. REYNA. Shortly after the release of their debut single Spill Your Colors, it wasn’t long until they were opening for the likes of CHVRCHES and released a series of singles which have so far garnered 4 million combined streams on Spotify to date. 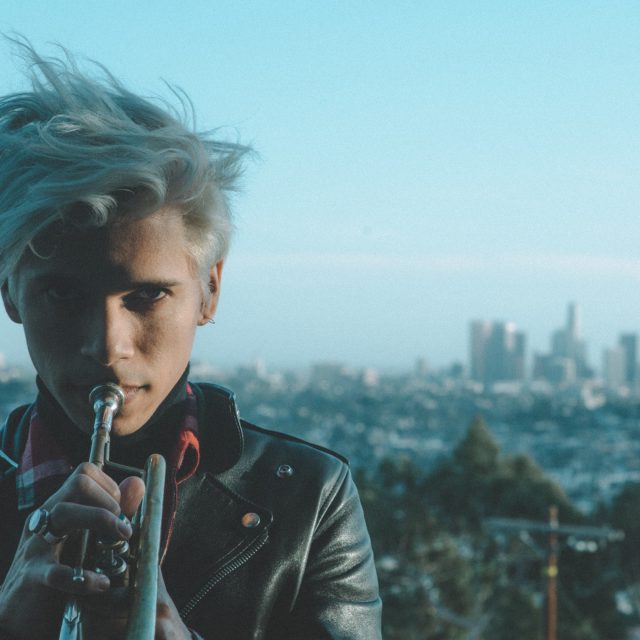 Since being the original trumpet player in the multi platinum band Capital Cities from 2012 – 2015 the Los Angeles-born half-Filipino vocalist-instrumentalist has gone rogue, adding a new dimension of possibility to not only his sonic weapon of choice, but to pop music as well. His first single “Diggy” exploded right out of the gate as it soundtracked the 2016 Fall campaign for Target and was featured in the blockbuster Happy Death Day, the Netflix original movie Step Sisters and the popular video game Just Dance 18. His follow up single “Got Me Like” launched through a global Herbal Essences campaign and is also featured on the soundtrack for Madden 18. His independent debut single release in 2017 “Just Wanna Dance” debuted at #47 on the Spotify US Viral Chart and was also featured in an Apple ad and his latest release “Best Life” can be heard soundtracking the new global campaign for Royal Caribbean.

Additionally, Spencer is prominently featured modeling in the 2019 Spring and Summer global Tommy Hilfiger campaigns. He has turned audiences around the world into believers since his performance on Late Night With Seth Meyers and also at Lollapalooza, Austin City Limits, Bonnaroo, LA Pride, Milwaukee Pride, Buffalo Pride, Mexico’s Corona Capital and on tour supporting Fonseca, Betty Who and BeBe Rexha in the US and in Europe. This year he also landed a residency on the last Friday of every month in his hometown of Brooklyn, NY at the Freehold where he will debut new songs and curate a fully immersive Spencer Ludwig experience. With everything he does, he strives to continue to redefine what’s possible for himself and independent pop artists alike. 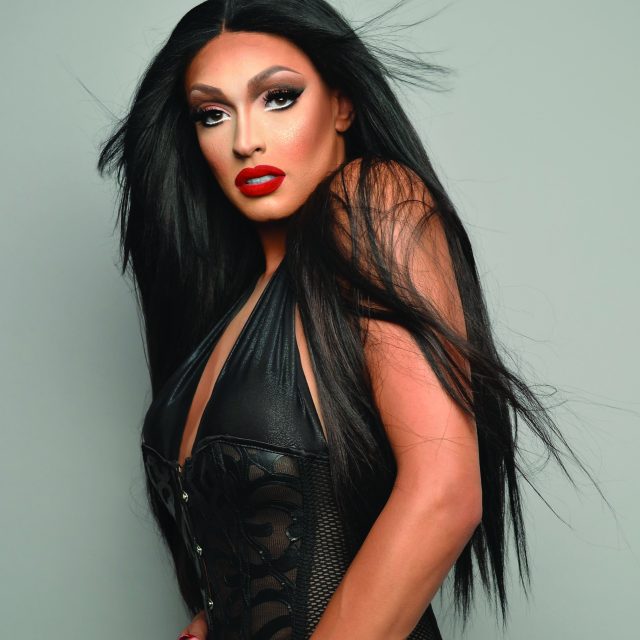 Tatianna is the stage name of Joey Santolini, an American drag performer, hair stylist, make-up artist and performing artist from Falls Church, Virginia. She is best known for being a contestant on Season 2 of RuPaul’s Drag Race.

Tatianna was revealed to be a contestant for the second season of RuPaul’s All Stars Drag Race, where he was eliminated on episode 2. Due to a twist that occurred on episode 5, Tatianna returned to the competition alongside previously-eliminated queen; Alyssa Edwards.

She was eventually eliminated by Alaska in episode 6. Her elimination caused an uproar among fans and she is widely regarded as one of the breakout stars of All Stars 2.

Tatianna was known as one of the most controversial queens of Season 2 and was often complimented as the “prettiest” or “fishiest” of her season.

Tatianna was also often looked down on by her competitors in Season 2, especially Raven, for being one of the youngest queens and even the prettiest of the season.

Tatianna served glamour and fish, but was criticized for not having fashion-forward outfits and extravagant performances. However, she was highly praised and won the Snatch Game challenge for her Britney Spears performance. Other queens don’t think she deserved the win.

New this year to Sonoma County Pride is our Community Stage, offering a platform for local artist to show off their talents!  This stage is going to be located at the west end of Fourth Street @ B Street in front of the Santa Rosa Plaza.  Interested in preforming for the LGBT community of Sonoma County?

We are looking for performers for the community stage!

We are committed to a diverse and community based performance experience to truly show the wide range of talent and passion for community in Sonoma County.

Looking forward to see you at Pride!

Knowing Our LGBTQI History Illuminates the Path to Our Future

Take a trip down memory lane… and learn more about how the LGBTQI community has evolved in this county. Sonoma County has long been a friendly and welcoming home to LGBTQI people. In the 1970s, lesbian and gay culture flourished here. The Gay Liberation and Lesbian Feminist movements created grassroots organizations and leaders, businesses and social groups dedicated to coming out and establishing ourselves in public spaces. LGBTQI people moved to Sonoma County from other less welcoming areas to enjoy the freedom created here.

This first year, The North Bay LGBTQI Timeline highlights the transformative years of 1970 to 1990. This collection of images and descriptive narratives will amplify your experience of PRIDE!