After many successful years in the beautiful LGBTQI tourist destination of Guerneville, Sonoma County Pride has realized the potential for growth by locating the Festival and Parade more centrally.

To that end, this year’s events will take place at Old Courthouse Square in downtown Santa Rosa, the heart of Sonoma County with the Parade going down Fourth Street. This new event location will provide improved accessibility for public transit, hotel accommodations, parking and provide an economic boost to Sonoma County as we grow and continue to increase our attendance levels. For Parade Details Click Here

This year’s celebration spans three days of events and activities designed to appeal to a large diversity of tastes as well as to invite our neighbors from the entire bay area to join the weekend fun.

Our year’s theme is Together We Rise. The idea behind the theme is to combat hateful rhetoric and policies of the current national political leadership and to stand behind the people of the community who feel threatened by the words and actions of others who have been emboldened by the last election. The event will also embrace people who have been traumatized and dislocated after the recent tragic fires that devastated the county and surrounding areas. The entire event will be about joining together to resist bigotry and discrimination and helping the community to heal and rebuild. 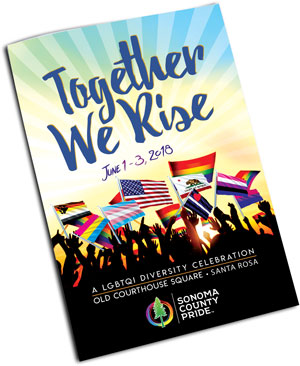 The 2018 Pride Guide is currently at the printer. Look for this official guide to our weekend celebration at participating businesses around the Bay Area starting Wednesday, May 16. 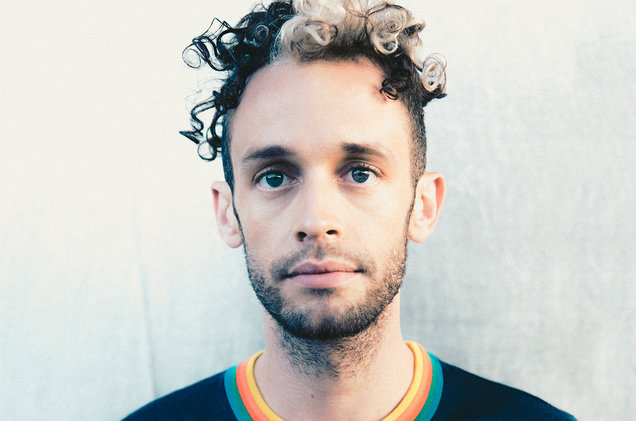 Wrabel released his lst single “II Blocks‘ in 2016. Pigeons & Planes said “[Wrabel‘s] somber pop ballad gracefully continues the long–standing tradition of piano-laden heart –beating, doing the Billy Joels and John Legends of yesteryear justice”. Wrabel has also made a name for himself in the dance world. Marshmello released Wrabel’s song “Ritual” in 2016, which went to Top 10 on the Dance Charts and has over 49 million streams. Wrabel is featured on Kygo’s most recent album Kids in Love and Galantis released two of Wrabel’s songs on their latest album The Aviary. Wrabel initially broke on to the scene in 2014 with “Ten Feet Tall,” a collaboration with Afrojack. Wrabel also has songs released by chart topping artists such as Ell ie Goulding, Kesha, Adam Lambert and others. Through Warble’s work and advocacy in the LGBTQ space, Wrabel was nominated for a lOIS GLAAD award for Outstanding Music Artist and was one of OUT Magazines 2017 OUT100. 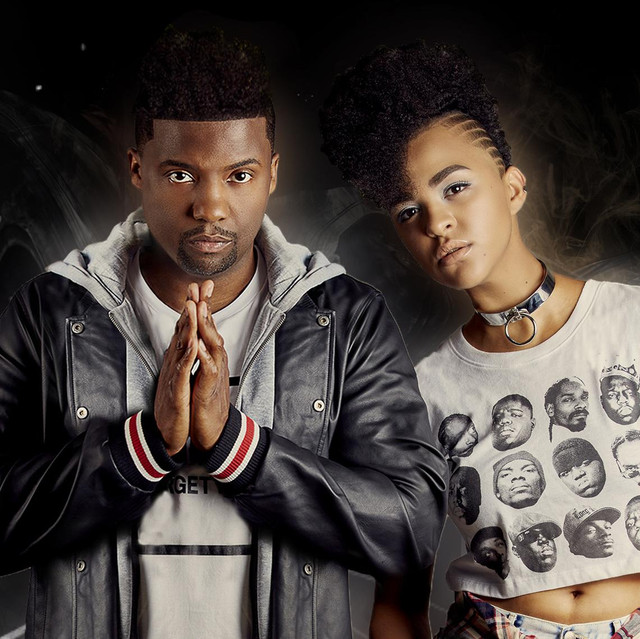 Jason Maek & Zaana are one of the fastest rising American electronic music duos. Their signature sound mixes indie, dance, and pop into a chart topping sound that spawned hits like “Birthday” and “Get Up“. Sending the boundaries of electronic, their productions delicately blend a very unique skillset of harmonic vocals and hard-hitt ing rap lyrics. Jason Maek & Zaena first made a name for themselves by creating the first visual album in electronic music titled ‘Maek Pandamonium’.

Their live shows are becoming the most sought after in electronic music. Their tours include over 60 shows opening for notables such as Kesha, Chet Faker, Gallant, and festivals like Mamby On The Seach and San Diego Pride Music Festival.

They have been featured in countless publications and perform at fashion weeks in Tuscon, New York, and Par is.

The duo is preparing for the release of their sophomore album titled ‘Freshman’ which already has support from BBC Radio.

Let Me Entertain You 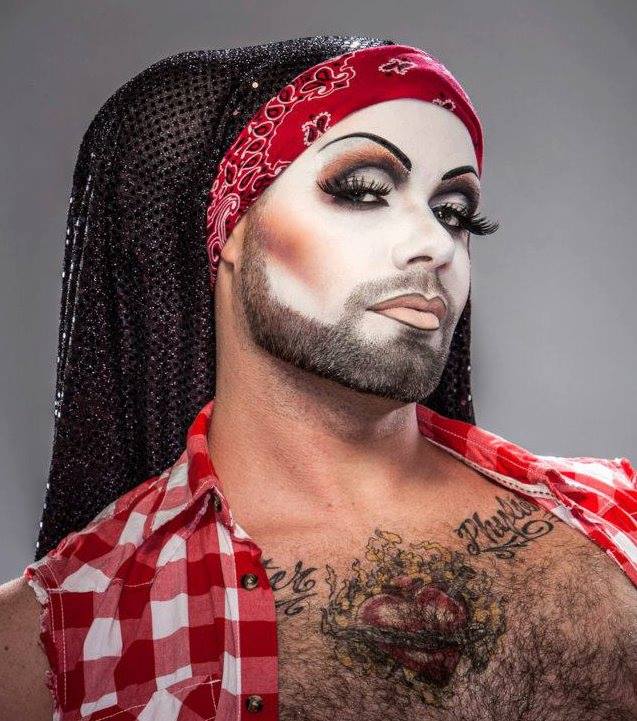 Sister Phyliss Eithe-Litaday (Fill us with the light of day, kids) is an 9 year member of the San Francisco house of the Sisters of Perpetual Indulgence. Life currently has her, as a makeup artist and educator, she’s been an Opera student. a cabaret performer, and an advocate for queer rights. She’s had a lot of rave reviews, but the one that sums up her performance style best is “she could have made a lot of choices … and that... that was the one she chose.” 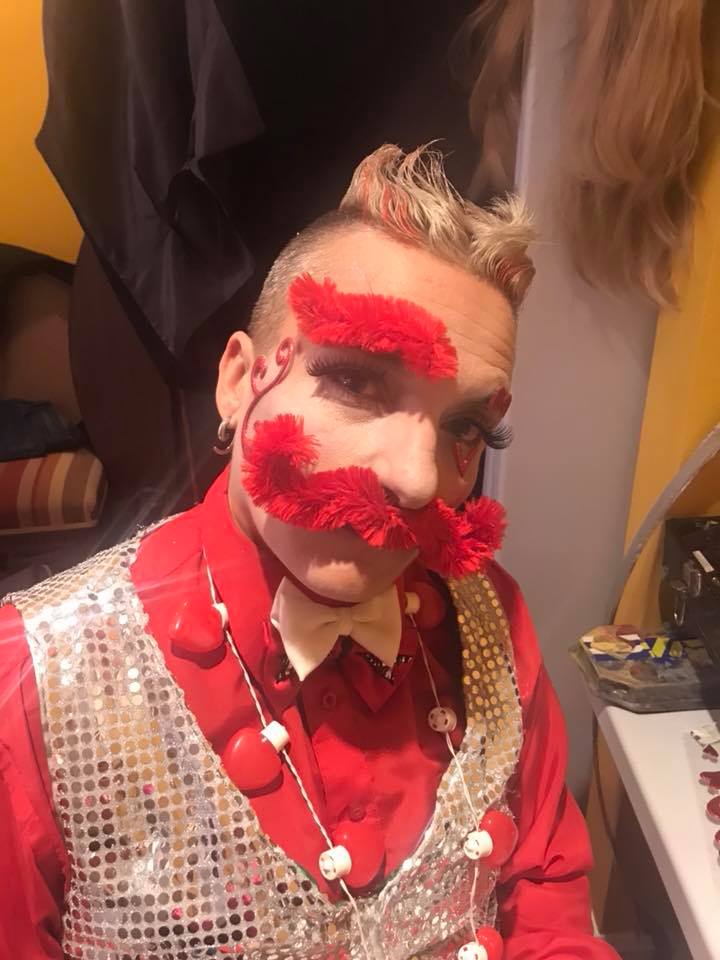 Stela Furtado / D. Love is a native artist, producer performer and Drag Daddy. They served as Ms. San Francisco 2016. Stela is a producer for Russian River Women‘s Weekend and a notorious gender- warrior who will entertain you while opening your minds and hearts to all aspects of gender. 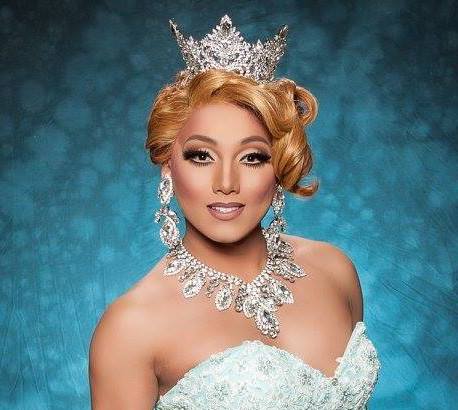 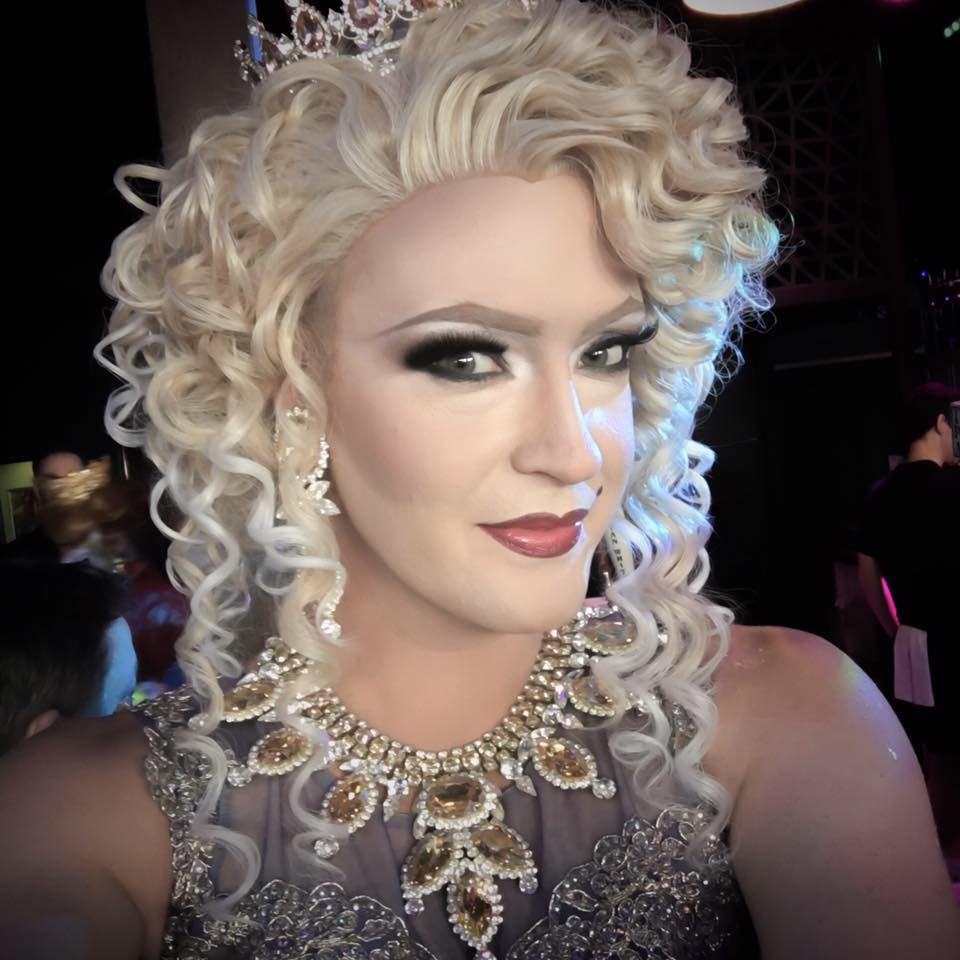 Patty McGroin is a volunteer and community activist in San Francisco. She started her drag career as a creative outlet for her love of fashion and entertainment. Winning the title Miss Gay San Francisco 2012 with the Imperial Court Council of San Francisco, the Absolute Empress of San Francisco, plays on the only Drag Queen Softball team, was named as an heir to the Queen Mother of the Americas and travels all over the country in support of the ICC. 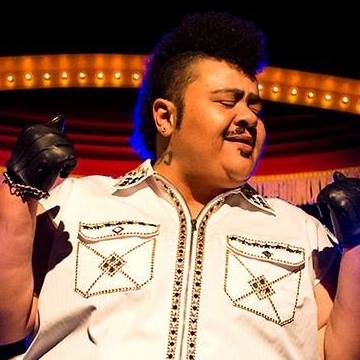 Bay Area Native, Chico Suave, aka the “King of Bling,” was born for tile stage. He as ben reigning King of Hearts of Alameda and Contra Costa Counties., Chico hosts his own show, Shenanigans, at the Fireside Lounge in Alameda and performing at Debauchery. Dandy. Red Hots Burlesque, and with the Rebel Kings of Oakland. Chico Suave on Facebook (chico.suave.5667). 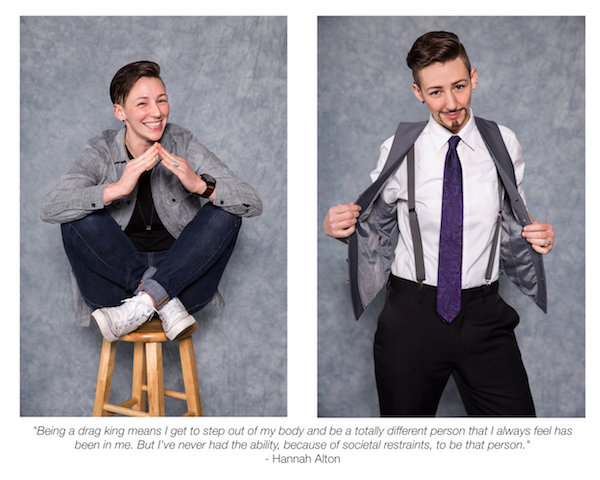 Don’t let this guys small town feel deceive you: he’s got a large heart and hard conviction to blow your minds and confuse your genitals. Danny is a regular at Rebels Kings and Shenanigans, this guy likes getting around top lease a ll of you aesthetic receptors.

On The Pride Main Stage 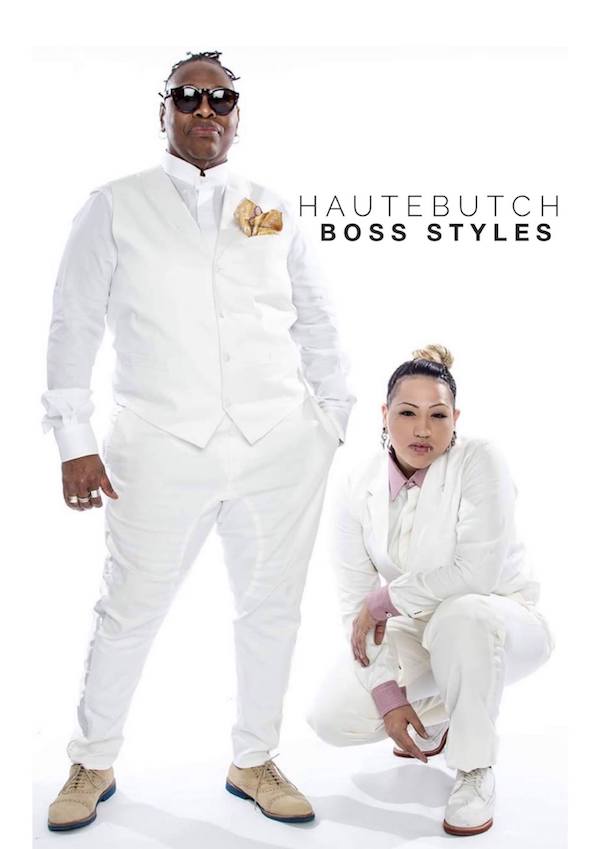 HauteButch is a locally owned and created by designer Karen Roberts. They provide top quality masculine attire to fit the shape of the female form for both women and transmen, changing the fashion landscaping by providing this stylish fashion line in sizes XS-6X. 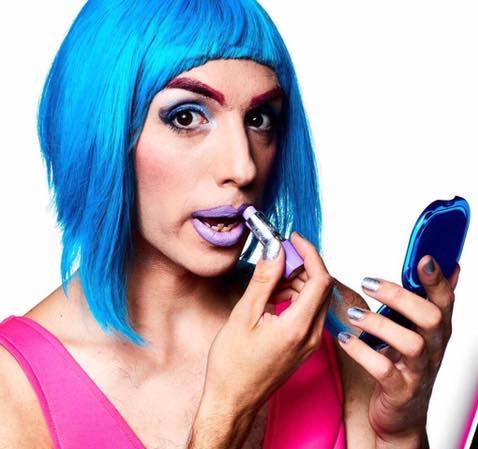 This multi-talented Sonoma County native is a gender-queer filmmaker, musician, and drag artist gracing stages across the North Bay, San Francisco and her current home of Oakland, playing with glam folk band The Sweet Trade, and creating content for her own YouTube Channel. 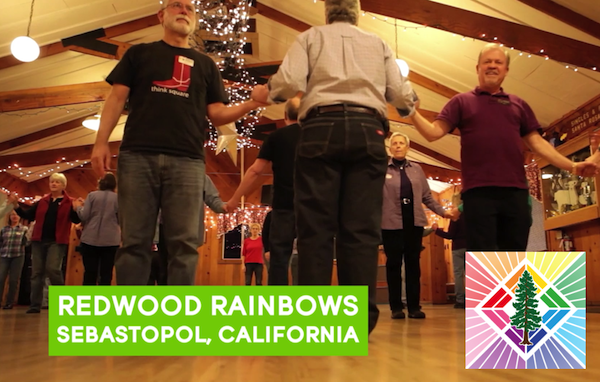 The group started off as the Saucy Squares in 2007 as an LGBTQ club in Sebastopol. After the name change, the Redwood Rainbows members and friends became even more diverse and is now made up of dancers of all identities. They welcome everyone who wants to com. together and enjoy dancing. 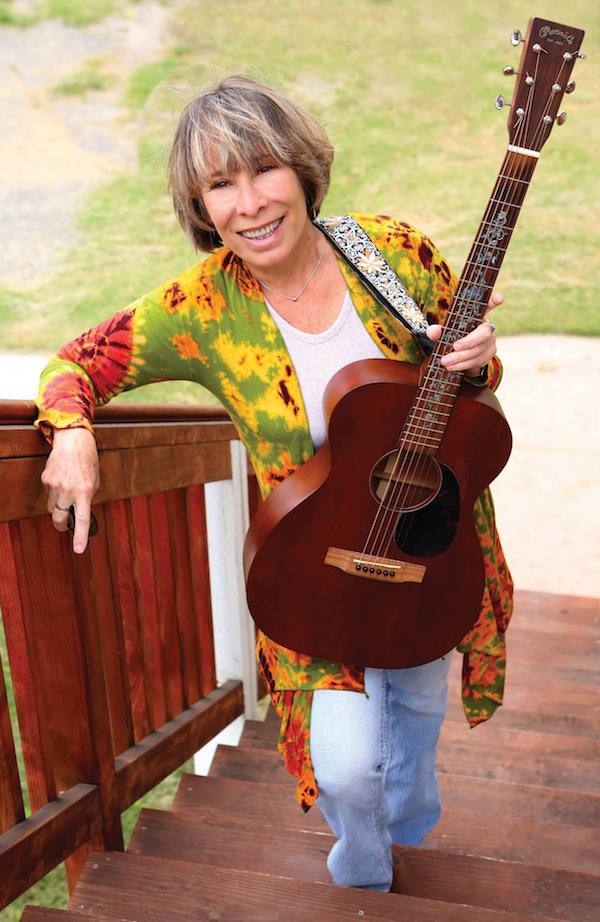 This enchanting singer/songwriter will perform songs from her new disc Down the Other Side as well as many of her other wonderful tunes. The Sonoma County native will delight us with her smooth, serene vocals, in harmonic conjunction with beautiful ballads of reflection and all-encompassing love on many levels. 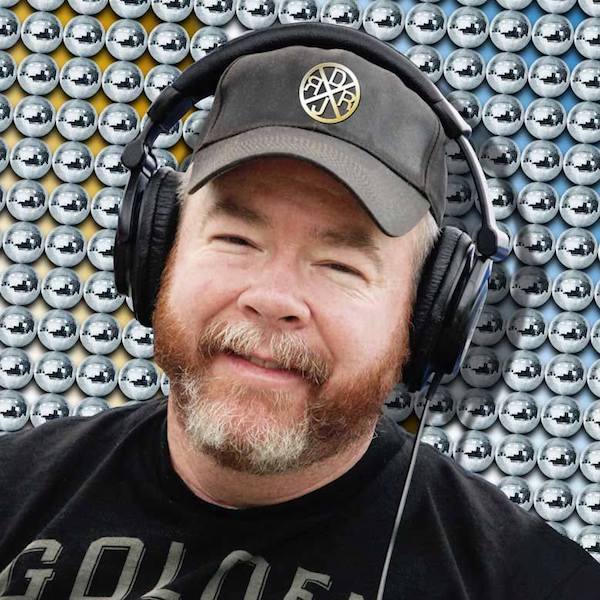 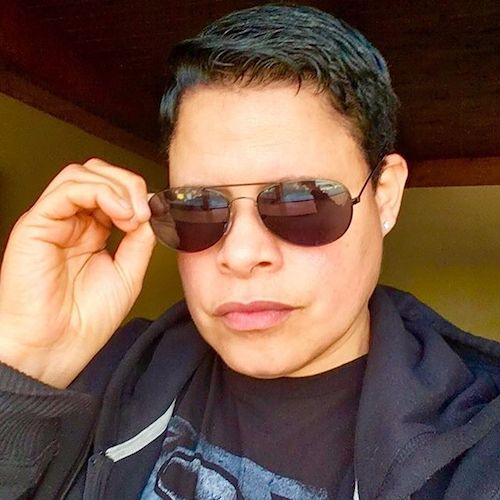 San Francisco Bay Area master OJ Olga T never disappoints  when takes control of the decks. A consistent generator of crowd frenzies,   DJ Olga T infatuates audiences every time she plays.  Her ability to play nearly any genre of music, from Hip Hop, Dancehall/Reggae, Old School, R&B, to Top 40, Electro, Trap, Dance, Etc. keeps her playing skills in constant demand. However Soulful House sets will always take you on a powerful journey of love though music. If you haven’t experienced DJ Olga T in action, you’ve been missing out on an incredible party experience! 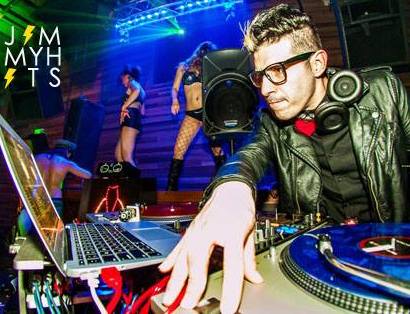 In 1999 a young scratch nerd with a passion for ones and twos, a love of Party Rock, early electro and 90’s hip hop set forth with one cream in mind, becoming one of the best DJ’s to have ever come out of California. For two years Jimmy Hits spent time day and night locked in his room perfecting his craft before he went about taking the west coast by storm.

And storm he did. From his own bedroom he moved on to local venues such as Marquee in Sydney and Temple in San Francisco, to Create in Hollywood and even going as far as Hyde Out in Las Vegas.

Also for your Listening Please:

Knowing Our LGBTQI History Illuminates the Path to Our Future

Take a trip down memory lane… and learn more about how the LGBTQI community has evolved in this county. Sonoma County has long been a friendly and welcoming home to LGBTQI people. In the 1970s, lesbian and gay culture flourished here. The Gay Liberation and Lesbian Feminist movements created grassroots organizations and leaders, businesses and social groups dedicated to coming out and establishing ourselves in public spaces. LGBTQI people moved to Sonoma County from other less welcoming areas to enjoy the freedom created here.

This first year, The North Bay LGBTQI Timeline highlights the transformative years of 1970 to 1990. This collection of images and descriptive narratives will amplify your experience of PRIDE!